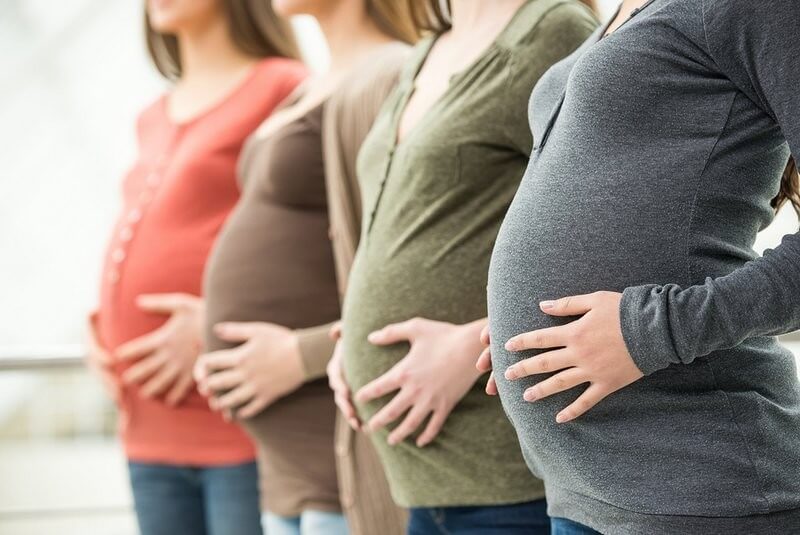 The Rhogam shot is an injected vaccination given to all pregnant women with Rh negative blood.  This article examines the theory and basis for this injection and whether or not the purported benefits of the shot are truly of value as promoted in prenatal examination rooms.

What is The Rh Factor?

It is common knowledge that every person has a blood type identified as either  “O”, “A”, “B”, or “AB”.  In addition to this primary blood type, a person’s blood is either Rh positive or Rh negative.  This is known as the Rh factor.

The Rh factor refers to a protein that may or may not be found on the surface of an individual’s red blood cells.   A person who has this protein present in her blood is Rh positive and a person who does not is Rh negative.

A person’s Rh factor is an inherited condition with Rh positive being the dominant gene.

When a woman who is Rh negative is pregnant, there is a slim chance of complications if the fetus she is carrying is Rh positive.

This small risk arises if there is any mixing of blood between the mother and the fetus.  Under normal circumstances, this never occurs, but in the event of a car accident or trauma to the mother’s belly, some mixing of blood is possible.   Mixing may also occur if there is a miscarriage, amniocentesis, chorionic villus sampling (CVS), or birth interventions during the labor/birth process.

In the unlikely event mixing occurs, the Mother’s Rh negative blood would encounter the Rh protein from her Rh positive child’s blood and develop antibodies against it.   This process is called “sensitization”.

No harm can come to the baby the first time mixing occurs.   If any mixing of blood happens for the second time, however, some of these antibodies from the Mother’s blood could get into the bloodstream of the fetus and attack the red blood cells causing Rh Disease which puts the child at risk for stillbirth.   Babies born with severe Rh Disease require intensive treatment to survive.

RhoGam Shot and the Rh Factor

RhoGam is a vaccine like globulin shot that was developed in the late 1960s to keep a Rh negative woman from becoming sensitized to the Rh positive blood of her fetus in the unlikely event blood mixing occurs.  Rhogam works very much like an immunization.   It puts a small amount of Rh antibody into the mother’s blood to effectively fool it into thinking the foreign Rh protein has been eliminated.

The Rhogam shot does work, but only if the immunoglobulin is administered within 72 hours of the trauma that caused the blood mixing in the first place.

How to know during a 40 week gestation when/if any blood mixing occurred unless there is a direct event like a car wreck or a fall?

There isn’t any way to tell, which is why the completely arbitrary RhoGam shot at 28 weeks gestation (and again at 36 weeks with some doctors) makes no sense at all.

What doctors never seem to admit or even talk about is the very real risk of putting RhoGam Rh antibodies into the mother’s bloodstream during gestation.    The Rh antibodies from the RhoGam shot hang around in the mother’s bloodstream for up to 12 weeks following the shot.    As a result, if blood mixing occurs during that period of time (as in a car wreck or other trauma), it is possible for some of the Rhogam antibodies to find their way into the fetus’ bloodstream and attack them causing the very Rh Disease in the fetus that the shot is supposed to prevent!

There is also the possibility of side effects from the RhoGam shot.   Swelling, inflammation, hives and even anaphylactic shock are not out of the question.   More concerning is that the Rh antibodies have the potential to negatively affect the immune response of either the mother or baby to other foreign substances that enter the bloodstream.

As with any donated blood product, the RhoGam shot also carries with it the possibility of blood born disease.   Each RhoGam shot contains the antibodies of several different donors pooled together which increases the liklihood of viruses slipping through undetected to the RhoGam recipient.   It is virtually impossible to test and screen out all the various viruses that could be present in the donor blood!

The most troubling aspect of Rhogam could very well be the ingredients.   Like many vaccines, the RhoGam shot used to contain thimerosal, an organomercury compound known to produce neurological damage, but this was supposedly phased out by 2001.

Studies performed by Health Advocacy in the Public Interest (HAPI) in 2004 found that despite vaccine manufacturers’ claims that thimerosal was no longer being used, in fact this 50% mercury containing compound was still routinely included in the manufacturing process with the thimerosal being “filtered out” of the final product.   The problem is that the filtering process doesn’t work very well;   mercury binds to the antigenic proteins and as such, cannot be 100% removed.

All vaccine vials tested by HAPI that were labeled “mercury free” did, in fact, contain this neurotoxin.   All the vials also contained aluminum which enhances the toxicity of the mercury causing rapid death of brain neurons.

Is the Rhogam shot now truly mercury or even aluminum free?    Most likely not.   Product insert labels turn out not to be all that reliable.

RhoGam Shot During Pregnancy Is Ineffective

It used to be that Rhogam was only given after an Rh positive child was born  (a newborn can easily be typed via cord blood), if there was some birth intervention that made blood mixing a strong possibility, or if an accident or trauma occurred during pregnancy.

However, it seems that the prenatal RhoGam shots have become routine and arbitrary for all Rh negative women regardless of their partner’s Rh status and despite any pre-birth trauma or birth intervention.

Why the change?   It seems the most obvious reason is to pad the pockets of Ortho Clinical Diagnostics (owned by Johnson and Johnson) as there is no additional protection to fetuses from such measures.

Routine RhoGam during pregnancy to all Rh negative mothers is simply a Big Pharma ploy to increase profits, not to protect babies from Rh Disease.

What To Do if You are Pregnant and Rh Negative?

If you are pregnant and Rh negative, the first question to consider is whether or not the father of your child is also Rh negative.   If he is, then there is absolutely no need for the RhoGam shot.  Period.  There is no risk to your baby whatsoever.

If a doctor tries to convince you otherwise, he/she is WRONG.   In fact, getting a RhoGam shot during pregnancy when both you and your partner are Rh negative endangers the life and health of your child!

How?  Because getting the RhoGam shot introduces Rh antibodies into your bloodstream which could get into your baby’s blood should a car wreck or other trauma occur.   This could give your baby Rh Disease where it would be impossible otherwise without the shot.

If you are pregnant and Rh negative with a Rh positive partner, you should also decline a routine RhoGam shot during pregnancy for same exact reasons.

There is NO PROTECTION to the current baby you are carrying from the RhoGam shot while you are still pregnant.   It is an arbitrary and useless shot during gestation UNLESS you are in a car wreck or have some other trauma happen to your belly.

The final question is whether or not you should have the RhoGam shot after the birth of your child.   If you are Rh negative with an Rh negative father, the answer is once again a resounding “NO!”

If you are Rh negative with an Rh positive partner, RhoGam after birth might be called for if you were induced, had an epidural, C-section or other birth intervention which would have greatly increased the chances of blood mixing between yourself and your baby.

There is still a chance your baby is Rh negative even if your partner is Rh positive, so always have the baby’s cord blood typed after birth if you are considering Rhogam after an interventionist birth to determine if it is even of any potential value.

However, the likelihood that Rhogam still has neurotoxic preservatives such as thimerosal and/or aluminum despite labeling claims to the contrary make taking the shot under any circumstances a questionable decision.

If you had a natural birth with no induction or intervention of any kind where the placenta was permitted to detach naturally from the uterus, then RhoGam after birth is clearly unnecessary.

Natural Ways to Prevent Blood Mixing Between Mother and Fetus

Drinking Red Raspberry and Nettle Tea throughout pregnancy and especially during the last trimester helps to tone the uterus and keep it strong, reducing the chance of any blood mixing during birth.

In addition, ensuring that no flouridated water or nonorganic tea (which is high in flouride) are consumed during pregnancy is wise as flouride has been shown to interfere with collagen production.    The placenta attaches firmly to the uterus via collagen fibers.

As always, a healthy pregnancy diet is extremely protective in preventing any blood mixing.   My own Rh negative Mother (my Dad is Rh Positive) delivered 7 healthy, Rh positive children with no Rhogam shots by simply eating healthy and having natural births.