What are Some of the Earliest Warning Signs for Vaccine Damage? 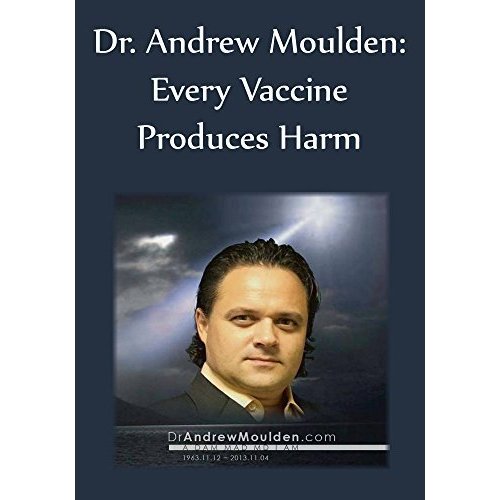 There are a set of early warning signs that continue to go unnoticed, because they don’t cause dysfunction or pain. These were identified by Dr. Andrew Moulden MD, PhD in the first decade of the twenty-first century.

Before I discuss these warning signs, I want to mention Dr. Moulden’s training. His PhD was in Clinical-Experimental Neuropsychology. His clinical work was devoted to detecting acquired brain injuries. After his PhD, he pursued a Medical degree to further understand brain and behavioral disorders from a medical frame of reference. His training during medical school was in Clinical Neurology. His medical residency training was in Psychiatry/Neuropsychiatry. He devoted himself to studying neurobehavioral changes associated with immune system hyperstimulation, neurodevelopmental disorders, and ultimately to the explanation of how vaccinations can be the common environmental trigger for several brain and behavioral disorders. Dr. Moulden died in November of 2013. [16]

Dr. Moulden observed certain clinical indicators of stroke in children and adults after they received vaccines. Infants that once had perfectly symmetrical facial features suddenly developed asymmetric features, which were the same types of changes that appear when an adult has a stroke. A stroke is caused by impaired blood flow to a part of the brain, which deprives cells of oxygen and causes cells to die.

Dr. Moulden observed that the normal alignment of the eyes would change after vaccination. Suddenly, one of the eyes would turn slightly inward or sometimes outward when compared to the other eye. He saw that one corner of the mouth would droop downward when the person smiled. He saw that there would be a loss of muscle tone in the area of one of the cheeks where it is nearest the nose and the upper lip.

Sometimes these changes were temporary and sometimes they were permanent. Because of his training in brain physiology and acquired brain injury, he knew that these visual signs were signs of mini-strokes, which were associated with damage to specific cranial nerves in the brain. These nerves control the muscles of the face. People may not have been aware of having a mini-stroke, because the brain does not have a pain response to impaired blood flow, nevertheless their brains were being damaged.

There are several causes for strokes, which include blood clots, vascular thrombosis, vascular swelling, and the sludging of blood in the capillary beds of the brain. Strokes from blood clots and thrombosis, when they occur in larger blood vessels can be found through imaging technology. However, the last cause of these mini-strokes, blood sludging, occurs in the smallest blood vessels in the body, which are too small to be viewed by current imaging technology.

When blood sludges, it is unable to flow smoothly through the capillaries. Basically the blood flow stops and the cells in the affected area will begin to die due to lack of oxygen. This happens in areas known as capillary beds, which are the smallest vessels in the vascular system. They are so small that red blood cells have to squeeze through the vessels single file.

There are 12 cranial nerves in the brain. Dr. Moulden found that if the sludging occurs in the area of the seventh cranial nerve in the brain, then that nerve will weaken and there will be a drop in the corner of the mouth when a person smiles. If the sludging is in the area of the third, fourth, or sixth cranial nerve, then the alignment of the eyes will be affected. In some cases one eye will focus in a slight upward direction, which causes a person to tilt the head slightly to bring about a level focus to his vision.

There can also be slight asymmetric movement of the eyelids when a person blinks. The changes in the eyelids can only be seen with ultra-slow video playback. The eyelids normally close and open in perfect harmony. Sometimes when there is a mini-stroke, the eyelids will open and close at slightly different rates. This cannot be seen with the naked eye, because eye blinks are so rapid.

If the impaired blood flow occurs in the region of the brain that controls respiration, then breathing can be impaired, and in some cases can be completely stopped. If this happens, then sudden death from respiratory arrest will occur.

The technical name for these mini-strokes is a transient ischemic attack (TIA). A TIA can actually occur anywhere in the body where the very small capillary blood vessels are located. However, when they occur in the brain, then the evidence of the stroke can be seen in the composition of the face.

I will quote Dr. Moulden as he explained the situation we are facing with vaccine damage. The following remarks were given in a 2009 interview. He stated:

Science is only a manmade truth-seeking tool. It is fallible. It is a statistical, probabilistic mathematical model. It has limitations. Wielded for profit – truth can become lost.

Scientific methods, design, and analyses can just as soon hide the truth as they can discover truth, or create “truth.”…

Science cannot replace God-given tools of common sense and observation we all have. You do not need statistical probabilistic mathematical models, wielded by experts, to deny what you can see with your very own eyes.

All vaccines have been causing “burns” to body and brain. The brain has no pain receptors. You will not feel the pain. You can, however, see the footprints of these “burns” immediate and delayed, from each vaccination. The evidence was before our eyes all along. We simply did not appreciate what these “burns” meant let alone that they were emerging after each vaccination. The “burns” are largely to internal organ systems. We can ALL now see the damaging effects of these “burns” with our own eyes.

My statements are not the words of a zealot. These are the words of integrity, couched with understanding, that has the potential to reside in every one of you.

Seek, and you shall find. Knock and the door shall be opened unto you. I have sought. I have knocked. The door has been opened. I have found the truths I was seeking. The answers have not come from my own understandings. The answers are simply self-evident (res ipsa loquitur) the thing speaks for itself.

All vaccinations cause brain damage, disease, chronic illness, aging, and death (res veritas loquitur) the truth speaks for itself. If you do not seek, if you do not knock, if you do not look, if you trust your own understandings, then (caveat emptor) – buyer beware. [17]