Are We Kidding Ourselves? by Lendon Smith, M.D. 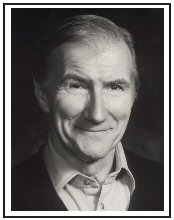 I believed everything I learned in medical school and got good grades to prove it. The professors knew I would succeed and be a credit to the school (University of Oregon Medical School) because I was cheerful, bright, and compliant. Pediatrics as a lifetime profession made sense as my Dad was a pediatrician and I had the naive belief that if we could straighten out one generation everyone would be normal and healthy forever after. We would discourage breast feeding because it was hard to measure the ounces going into the baby. We would start solid food early so the baby would not get a milk anemia. We would be able to stop most of the bad diseases because we could get the mothers to come to the office for the babies’ shots: diptheria, whooping cough, tetanus, soon followed by the measles, mumps and rubella vaccine, and the polio drops. The hepatitis and hemophilus influenza shots are now standard.

What a perfect setup. Prevention at its scientific best. We know everything, and had a shot for most illnesses. Ear infections, strep throat, pneumonia, meningitis (penicillin and the newer antibiotics), kidney infections (sulfa), eczema (cortisone), asthma (inhalants), even tuberculosis could be subdued with streptomycin. Fluoride for the teeth was another one of our aids to health.

As time went on in my practice, I did wonder why children were still getting sick with all this prevention. Maybe the families did not follow the rules we prescribed. We began to see an increase in some infections. Ear infections continued. Hyperactivity increased. Kids were full of pinworms. Milk allergy skyrocketed. Was it stress, the new buzzword? Or was it something we were missing? People were asking questions that we could not answer except to say, “Bad genes from the father’s side of the family.”

Lay groups were telling us that our education may have been faulty. The La leche League took us to task for not pushing breast feeding. Donahue showed children hurt by the DPT shots. It was very difficult for me to admit that some of my medical school was misleading. When a mother would tell me that she did not want her infant to get the DPT shots, I would be furious. She was scoffing at science. What was the point of medical school?

Over the past ten years I have been able to accept the fact that new evidence from valid research indicates that Mother Nature is a better doctor. She is cruel but fair. Modern drugs and vaccines have proven to be a hoax in attaining health. They have brought false hopes. Soap and water, thank goodness, are still appropriate, however. We are able to understand the immune system and how, with the proper nutrients, we all, child and adult alike, can attain an optimum level of health with our own white blood cells and immunoglobulins despite bad genes from whatever side of the family.

Archie Kalokerinos, M.C., from Australia pointed out the devastation from the DPT `shots in his 1972 book, Every Second Child. The nutrition of the aborigines is atrocious at best – virtually no vitamin C. He noted that every other child died after the DPT shots. So on his own he gave every child 100 mg per day per month of age. No more deaths. He became convinced that Sudden Infant Death Syndrome (S.I.D.S.) was due to the stress on the immune system in infants whose immune systems had been truncated.

I have just finished reading a book by another Australian author, Viera Scheibner, Ph.D called simply, Vaccination. She has made an extensive review of the literature and has made some outstanding discoveries that make sense and help to explain why my patients – getting the best of pediatric care – were sick more than they should have been. The most outstanding revelation is that for the past twenty years the Japanese have had one of the best statistics on infant survival. In 1979 the health officers noted that there seemed to be a connection between the DPT shots and SIDS. They said no more shots until the infants had their second birthday. Result: They have not had a case of SIDS for the past fifteen years. It is just what Kalokerinos said.

Compare these facts, with the “facts” you may have learned in school or from your doctor:

· Pollock et al (1984) also reported that “Since the decline of pertussis immunization, hospital admission and death rates from whooping cough have fallen unexpectedly.” The same was experienced in Sweden after vaccination against whooping cough was discontinued in 1979.

· DPT vaccinations caused babies a lot of stress, reflected in sometimes major flare-ups of stress induced breathing over a period of at least 45 to 60 days following the injections.

These and more validated statistics from peer-review research articles are in the book by Dr. Scheibner.

It appears that the American Academy of Pediatrics, the Center for Disease Control, and the FDA are not reading and evaluating the vast literature that indicates that vaccinations to control whooping cough, diphtheria, measles, mumps, rubella, and polio are not effective, and worse yet, are hurting the children’s immune systems to the point of allowing these same diseases and other devastations to invade their unprotected bodies.

I propose that infants be put on a daily vitamin C dose of 100 mg/day/month of age from birth on, this dosage be maintained until they mature, at least if and when they get an infection of any kind, the dose should be raised to 500 or 1000 mg of the C hourly. They will get the disease, the immune system will have learned what to do about it, and complications will be rare.

The vaccinations are not working, and they are dangerous.. We should be working with nature.

The man who would become nationally known as “The Children’s Doctor” received his M.D. in 1946 from the University of Oregon Medical School. He served as Captain in the U. S. Army Medical Corps from 1947-1949, went on to a pediatric residency at St. Louis Children’s Hospital, and completed it at Portland’s Doernbecker Memorial Hospital in 1951. In 1955, Smith became Clinical Professor of Pediatrics at the University of Oregon Medical Hospital. He would practice pediatrics for 35 years before retiring in 1987 to lecture, to write, and to continue to help make “megavitamin” a household word. And yet it was not until over 20 years of medical practice that Dr. Smith first began to use megavitamin therapy. It is a remarkable transformation. As he learned about nutritional prevention and megavitamin therapy, he began to discuss it. In Feed Your Kids Right (1979), Smith recommends up to 10,000 milligrams of vitamin C during illness. In Foods for Healthy Kids (1981), he now recommends bowel tolerance levels of ascorbate. These are long evolutionary steps for a pediatrician who, 22 years earlier, wrote of vitamin C: “Excess is a waste and will not prevent colds.” (The Children’s Doctor, p. 217) Had he held to such politically safe beliefs, Smith might have avoided being compelled to stop practicing medicine in 1987, under pressure from insurance companies and his state’s Board of Medical Examiners. Nonetheless, for fourteen more years, he would speak out in favour of megavitamin therapy. In this, he did the job second to none. He appeared on The Tonight Show sixty-two times, an exposure such as orthomolecular medicine has rarely seen. Even Dr. Pauling never won an Emmy award. Dr. Smith did.  http://orthomolecular.org/hof/index.shtml